FIRST – After not having reported about the crisis at the Municipality of Rome for over two weeks, and in the plausible expectation that the FT will never cover the deeds of the ex-Mayor again, why picking the moment of the ridiculous withdrawal of Sr- Ignazio Marino resignation, without waiting to see the immediate result of this gesture?

No regular, attentive reader could indeed avoid a possible answer come immediately to his mind, just by noticing that the FT correspondent writes: “the leadership of the Democratic party called on its members of the city council in the Italian capital to resign en masse. This would make it virtually impossible for him to govern.” Wrong! This would have made – and actually did – legally and actually impossible for him to stay on as a Mayor. 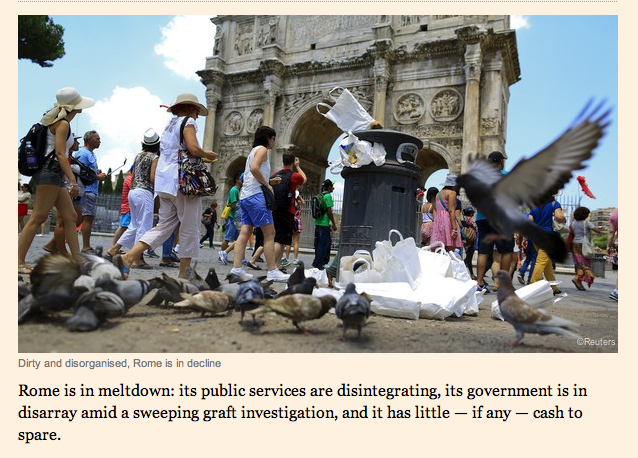 So, wasn’t Marino the hero Mayor?

If the resignation of a sufficient number of City Council members took a few hours – thus providing the FT Rome correspondent a window of opportunity to send a piece of incomplete and biased “information” – it was only because, in order to resign, each City Council member had to go and see a notary public. And the ex-Mayor having resigned around 6PM, this was technically possible only on the following morning. That’s way it was on the following day that the ex-Mayor was obliged to leave his desk in the Capitol to a top civil servant appointed by the Ministry of the Interior.

As a sign of loyalty to the FT, I will not discuss the question whether the Rome correspondent knew that the legal situation was bound to bring this months-long story to its denouement – one way or the other – in a matter of hours. Had indeed the number of resignations been less than 25, the ex-Mayor would have scored an important victory and the possibility of governing Rome for a few more years. And the FT Rome correspondent would have had a golden opportunity to write in good faith another of his hagiographic pieces about whomever, on whatever ground, opposes PM Matteo Renzi.

If the FT Rome correspondent didn’t know, his qualifications as an analyst could be doubted. If he knew, a more severe conclusion could be drawn.

SECOND – The issue of the malicious pictures that systematically accompany information about Italian politics has already been raised by other readers on the occasion of other pieces published by the FT (see for instance Don Peppe de Prata comments at http://tinyurl.com/og8t2wq )

In other, more serious cases, such as http://tinyurl.com/pnozc4v , readers, including myself, 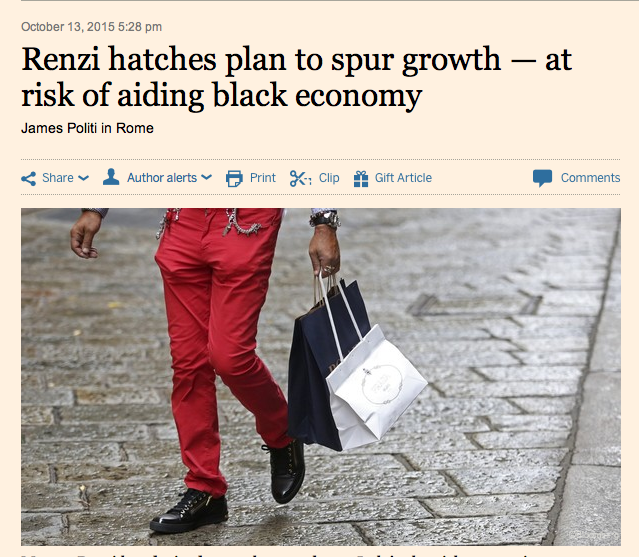 The average Italian shopper presented was an extremely vulgar person, cruising the streets of Naples (see the pavement in lava slabs, very different from the Roman “sampietrini”), with his pockets full of roll of banknotes.

have preferred to exert clemency, because the choice of these picture could be assumed to be just the result of other factors.

But the photo that goes with the present piece, of the ex-Mayor triumphant among his supporters, deserves a comment, or rather a few questions to whomever decided to publish it: are you aware of the fact that some of these crowds cheering ex-Mayor Ignazio Marino are openly organised by a Neo-Nazi group named after Ezra Pound? 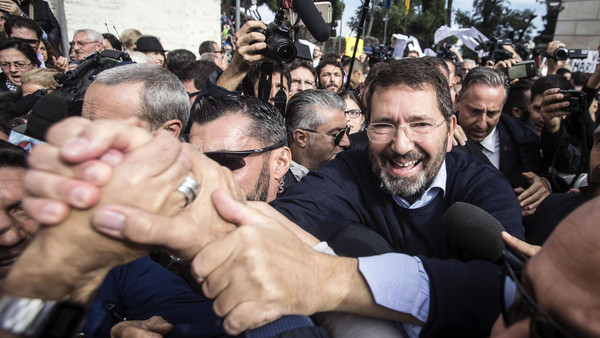 Marino and his supporters. Some of them are Neo-Nazis.

And that the chieftains of this “Casa Pound” have declared in plain Italian to the press that they support Marino because he is doing a lot of damage to his own political party: the Democratic Party, PM Matteo Renzi’s party, which has presently the majority in Parliament? 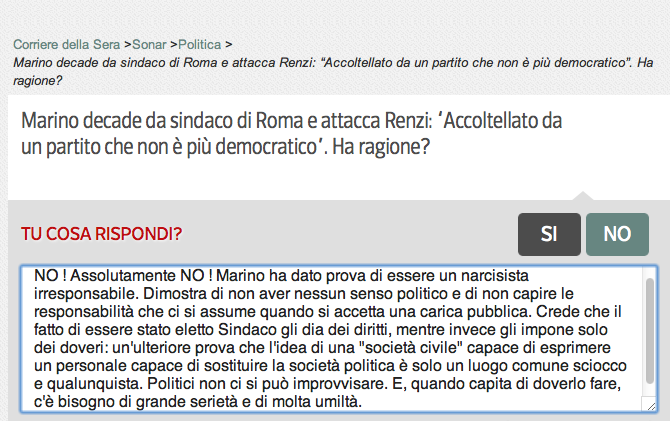 My reply to a poll about Marino’s behaviour