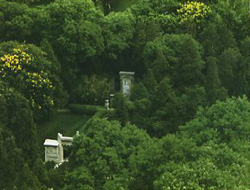 Relations between the Catholic Church and China are, as can be seen from this week’s newspapers, a very topical topic, and not only due to the noisy – and not very diplomatic – visit paid b Mike Pompeo (pron. ppom-pee-oh) to Rome. Yet, they are also a very, very ancient story, just as the history of both of powers covers a couple of millennia. And in recent centuries, these relations have known more than one memorable moment, such as when St. Francis Xavier, one of the four founding fathers of the Jesuit order, paid with his life, in 1552, on Sancian Island, in what is today Guangdong province, for the attempt to reach and convert the Chinese to Christianity.

Another Jesuit, however, the famous Matteo Ricci, the greatest cultural mediator in history, had a better luck. A great scholar and mathematician, he went to China in 1582, and remained there until his death in 1610, bestowed with great honors by the will of the Emperor himself. And Matteo Ricci came very close to a success that would probably have changed the world and its history, the conversion of this great Emperor and all his people to Christianity. To prevent this, taking problems of rituals as a pretext, it took the joint efforts and blackmail of four Masonic governments of Europe, the Spanish and the French, but above all the Portuguese one, under the Marquis of Pombal, great protector of slave traders, and of the kingdom of Naples, led by Tanucci, master of diplomatic combines and court plots.

It so happened that Matteo Ricci was never recognized as the Christian hero he deserved to be. But in the great Eastern Empire, the Middle Empire, the Empire around which the whole world revolves, he has not been forgotten.The Emperor of the time, Wenli, of the Ming Dinasty, who rarely let himself be distracted from State affairs, made indeed a unique concession by ordering to have Ricci buried on Chinese soil, in Tenggong Zhalan, two thirds of a mile from Beijing’s main city door. So, his grave is today a monument at the center of the Beijing Administrative College, the official headquarters of the Chinese Communist Party School and carries a plate designing it as “a key cultural relic site under state protection”.

Against this multi-secular background, an American Secretary of State has arrived in Rome letting himself be preceded by a sort of ultimatum to the Holy See, whom he was trying to “intimate” – as the  main Rome newspaper has written – not to renew the agreements reached two years ago with China on the crucial issue of the appointment of Catholic bishops in the People’s Republic, i.e. the most important result of a years-long and complex dialogue. In response, not only did the Pope – who is the head of an sovereign country – made it known that he would not receive the US State Secretary, but the Holy Seal also didn’t even consider changing the plans of a delegation set to leave the Vatican on the very day of Pompeo’s arrival, and in charge of continuing the dialogue with Beijing.

However, there has been no rudeness towards the American Republic, nor against its overwhelmingly Christian people. There would indeed be no reason for such an attitude, nor diplomatic convenience, because those who are firm in their conviction and strong in their own reasons do not need to humiliate their counterparts, even when these have the clumsiness of wanting to publicly impose their own line. Cardinal Parolin, the Holy See Secretary of State, did therefore take care of receiving his American counterpart, in a meeting that the press had unanimously foreseen was going to be “icy”.

But they were wrong, as Cardinal Parolin’s diplomatic skill was such that after the conversation the tones turned out to be different. Pompeo, on Twitter, told about a “great meeting” and wrote: “We are grateful for the humanitarian efforts of the Holy See all over the world, and proud to be together as partners in the advancement of religious freedom and other human rights”.

On his side, Cardinal Parolin, in the afternoon, commented: “In our time, on the eve of the Pope’s encyclical “Brothers all“, we realize that in order to repair and mend we need fraternity and to overcome the opposition between friend and foe”.

That this fin de non recevoirwith which the Vatican has responded to Pompeo’s claims could have a negative impact on relations with the United States, is therefore to be excluded. In fact, it would be very inaccurate to say that Pompeo, recently appointed Secretary of State, replacing Rex Tillerson who had held the position before him for about a year (February 1, 2017 – March 31, 2018), represents the position of the outgoing president and incumbent candidate. And inaccurate would also be to say that he has a good chance of being reconfirmed after January 20th, in the case of a Republican victory as well. Because his vision of the international reality is – it is easy to notice and it is important to acknowledge it – fundamentally different from Trump’s one.

Pompeo tends to put the clash with China on an ideological level, for which he is in any case not culturally equipped. He tries to apply to the present reality the slogans and clichés of the Cold War era, an era that, by now, is not only over, but also characterized by the fact that at that time thare was the clash of two different and absolutely irreconcilable visions of the ends of politics and of societal organization. While today the US-China rivalsry is, at most, a quarrel between two states between which a problem of prestige and rank has arisen, as well as a question of pique, but whose economic interests are only partially conflicting. Indeed, in the frame of globalization, they have been very strongly complementary up to now, and so remain to a large extent

The outgoing president, unlike Pompeo, is a born tradesman, well aware of the fact that there are very strong American interests in China, as well as of the fact that the American market is absolutely essential for the People’s Republic. And if he beats the bass drum against Beijing today, it is only foe strictly electoral reasons: but Trump will probably devote the day immediately following his possible re-election to shift to another language and another behavior, both much more moderate and aiming to an agreement with the great Asian power. For Trump, Pompeo’s antiquated and Maramaldian anti-Communist messianism can only be useful from now to early November, during a campaign in which postal voting has in fact already begun. It is only provisionally that he needs Pompeo, to win the vote of a far-right minority whose attitude is very different, actually the opposite, of his pragmatism, and of his own character. The day after the elections will be another day – as Scarlett o’Hara would say -, and above all another four years set. And most likely it will be the turn of another secretary of state,

This obviously does not mean that the noise and confusion caused by Pompeo will vanish out without leaving any result and no trace behind it. Because it has been inevitable that, in Beijing, those who follow world affairs had subtly made fun of Pompeo’s statement that the Catholic Church would lose moral authority if it did not follow his advice. Moreover, always on the Chinese side, it has certainly happened – as some very influential personalities seem to suggest, albeit in very diplomatic terms –  that such a crude intervention by the US Secretary of State can only increase the Middle Empire’s interest in having “more intense” relations with the Holy See.

A shorter, Italian-language version of this article has been published in politicainsieme.com