Even the most convinced supporters of the European idea seem to have doubts these days: doubts about the outcome of the present crisis, and – in retrospect – even about former Chancellor Helmut Kohl’s hitherto universally recognised capacity to think further ahead than any of his contemporaries. Very appropriately in a moment when, faced with the crisis brought on by the near bankruptcy of Greece, many present-day politicians and commentators appear possessed by the urge to invoke profound lessons from the alleged mistakes made by the founders of the “Maastricht order”, in giving life to the single currency without first having brought into being political Europe.

One might wonder whether these critics are not being somewhat contradictory. Can’t they see how myopic and stubborn are German political circles – as well as the national public opinion – in the defence of short-term economic advantage which might soon turn to be an economic and political disaster for their own country? If it is so now, in such a menacing global situation, how could the inevitable sacrifices of national sovereignty and rhetoric have been imposed then, when European nation were having it so good?

In their effort to overcome and forget their vergangeneith, Germans have lost all capacity to place current problems in historical perspective.

In order to explain the cumulative nature of science, Bernard de Chartres, (12th century) suggested the metaphor of pygmies seated on the shoulders of giants, who see further than the giants themselves (Nani Gigantum humeris insidentes plus quam ipsi Gigantes vident). As citizens of the Eurozone we too ride on the shoulders of giants from the past, giants such as Helmut Kohl. But, unfortunately, we can’t see very far. Probably because at the strange beginning of this millennium we do not have even one hundredth of the political passion which characterised the two preceding centuries.

Kohl was too wise not to know that any man or woman raised to power by an older statesman has as his/her main priority that of getting rid of the king-maker: by relegating him to the shadows and rejecting him, or even – as Shakespeare has repeatedly shown – by having him assassinated.Today, Helmut Kohl seems to have been forgotten by everyone, above all by the selfsame Angela Merkel whom he discovered, introduced to politics and pushed to the heights of reunified Germany. He lives in a rather humble house on the banks of the River Rhine, pushed into retirement before his time by a pack of minor politicians, impatient to grab at least part of the position he held, using a vulgar question involving CDU financing as a pretext. And Kohl is indirectly referred to only to criticise the way in which the single currency was created. His strategy is described as botched, incomplete, or even as short-sighted. As if at the time – with all the prevailing doubts, fears, jealousies, petty nationalisms – the historical conditions actually existed: those required to create everything which today people keenly regret was not in existence before the arrival of the euro; such as coordination of budgets, coherent economic policies, and political unity.

The truth – or at least an explanation which acknowledges the political climate, the hopes and passions of the time, almost incomprehensible to the following generation – is that Kohl committed our countries to the single currency knowing full well that all the conditions which were theoretically necessary did not exist, and that most of the institutions today considered a prerequisite remained yet to be installed. In short he put the cart before the horse. But he knew very well that if he had begun the construction of the single European currency from its logical starting point, he would have been balked at, and blocked, by organised big interests, and by the pygmies who always surround and besiege giants.

Everything which has followed shows he was not mistaken. If Kohl had gone ahead in a logical sequence and first addressed political Europe in order to create the euro step by step, we would today have neither one nor the other, neither fish nor fowl. It would also be as unthinkable today as it was 20 years ago to suggest the creation of a European budgetary federation, which has since been very seriously proposed by ECB President, Claude Trichet.

If he had not put the cart before the horse, Helmut Kohl would have disappeared, thereby leaving behind – as Montaigne would have said – “his garden unfinished”, and bequeathed to the succeeding generations the task of /implementing the great design of post-war Europe.

But Kohl was too intelligent and too subtle a politician not to know how to pass on a political heritage, and how twisted, obscure and overgrown are the paths along which grand projects advance. Kohl was too wise not to know that any man or woman raised to power by an older statesman has as his/her main priority that of getting rid of the king-maker: by relegating him to the shadows and rejecting him, or even – as Shakespeare has repeatedly shown – by having him assassinated. And the only tactic available to a leader, even a giant, to guarantee the continuity of his political line – especially when it concerns an historical project which, like Rome, cannot be built in a day – is to create a set of circumstances, constraints, irreversible faits accomplis which force a successor in his own interests to follow the same route, or risk losing power, irrespective of whether he rejects his master or not. 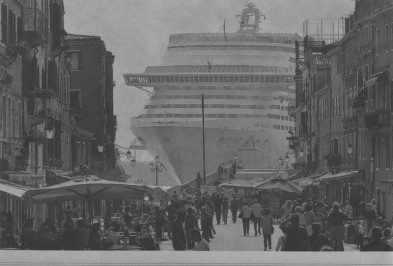 In pushing the other Europeans, namely the French, to bring the single currency to life, Kohl deliberately put the cart before the horse and launched this strange equipage on the road. He created a fait accompli even if incomplete, and unleashed a process which was destined to engender a serious crisis along the first difficult stretch of road; and which, at the first obstacle on the journey, would bring up the problem of rationalising the structure of the vehicle. At this moment, Kohl’s successors would find themselves – as they have and do find themselves – faced with an inescapable choice. Either they find a way out of the crisis by undertaking the huge effort necessary to urgently set up ex post at least part of that which logically should have preceded the Maastricht Treaty, or they unleash a general economic landslide which would rapidly engulf the political elite and sooner or later swamp and deprive them of their power positions and personal ambitions.

In other words, Kohl had set the premises which not only permitted his successors to grasp his heritage, but indeed obliged them to do so, thus continuing, in spite of the still blowing winds of micro-nationalism, on the footprints of the generation which had grown up during the years in which Europe was tearing itself apart, and learned the lesson.

As a clear-sighted statesman, Kohl – by putting the cart before the horse – thus created a mechanism not only capable of resisting crises, but one which would enable crises to be used for further construction. A mechanism which would endure beyond his presence in political power and even beyond his physical survival.

Kohl – by putting the cart before the horse – thus created a mechanism not only capable of resisting crises, but one which would enable crises to be used for further construction

In his little house on the banks of the Rhine, Helmut Kohl, who has just turned 80, doubtlessly observes those who surge and squabble around the euro cart doing their best to put the horse back in its logical position and allow the equipage to continue on its track. And it surely does not escape him that while they are just seeking to protect the interests of their countries, as well as their political careers and their petty personal ambitions, they are still operating in the general interest of Europe and world stability.

Perhaps this spectacle offers him a sense of personal satisfaction. More probably, he follows them in the fear that – given the lack of ideals and grand strategy, and the limited capability to analyse the historical conjuncture which marks the political classes at this beginning of a century – they might commit some fatal error in the management of the crisis which now besets us: the crisis through which this giant of the past continues his construction work.